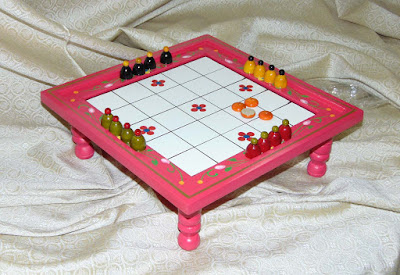 in chowka bara game, if opponent keeps his pawn by wrong plan, what's the solution?

Is jodi considered only at outermost path or also at inner paths when playing 7 or 9 mane?

Can Jodi cross another Jodi?

Hi
when the jodi has 3 pawn can we movie only 1 single pawn or can v move the jodi also from the starting off the inner box bec they would hv blocked us.