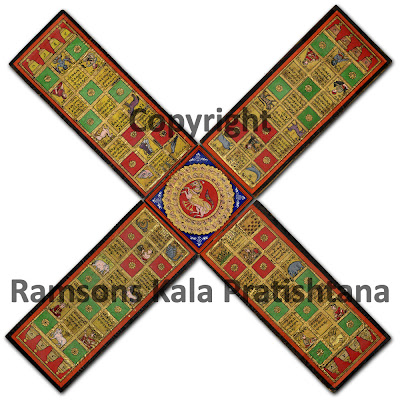 Kailasa Pata - A Version of Snakes and Ladders 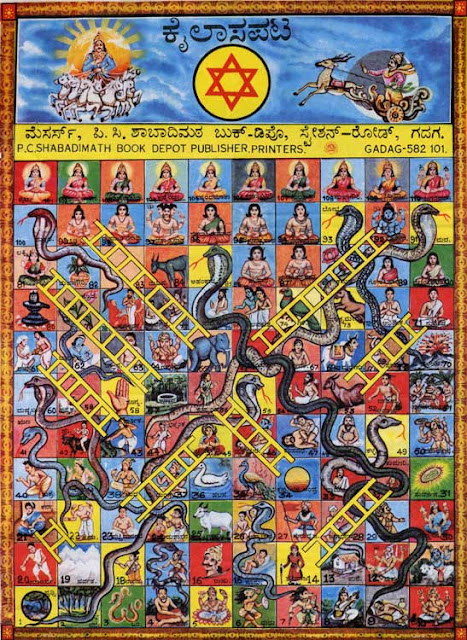 This version of Snakes and Ladders is a contemporary commercial multicolour print on paper of size 35 cm x 48 cm. This is called 'Kailasa Pata' and hence probably targets the players of Veerashaiva community. This sells for about Rs. 5/- in the stationery stores that are found near the entrance of Devaraja Market (Dodda Market), Mysore. This is published and printed by P.C. Shabadimath Book Depot, Gadag 582101.

(Please Note: We do not sell this particular gameboard)
Posted by H.S. Dharmendra at 3:03 PM 2 comments: