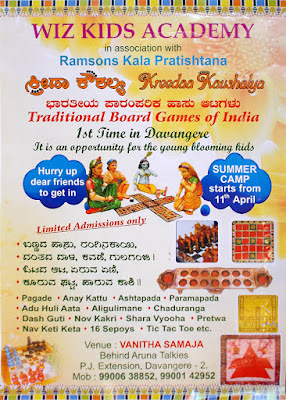 It was heartening to note that many of the kids claimed vociferously, as only kids will do, that they would play all the games that they had learnt here at the workshop in their homes  and that they would teach their parents and other siblings.
Posted by H.S. Dharmendra at 5:42 PM No comments: