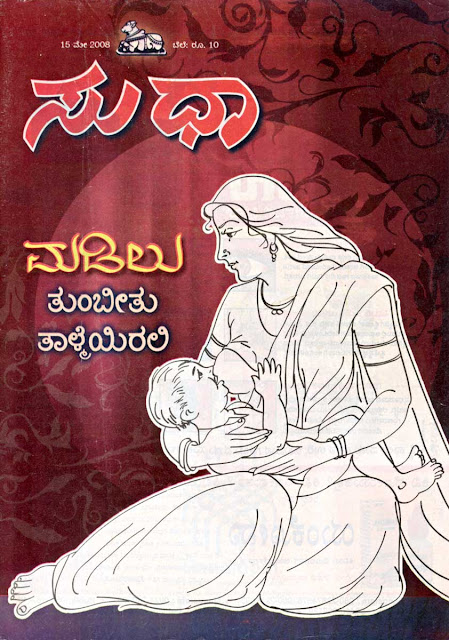 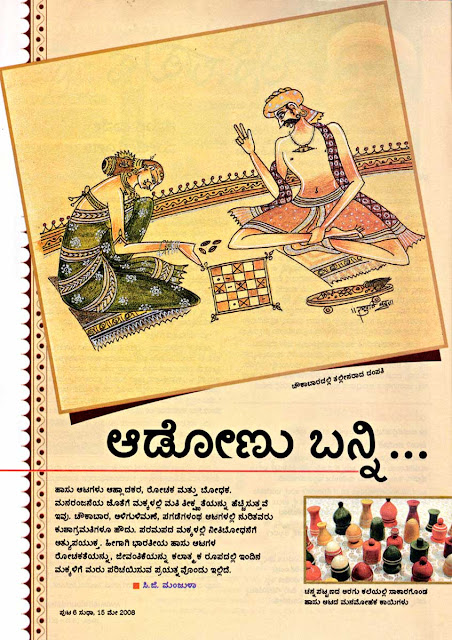 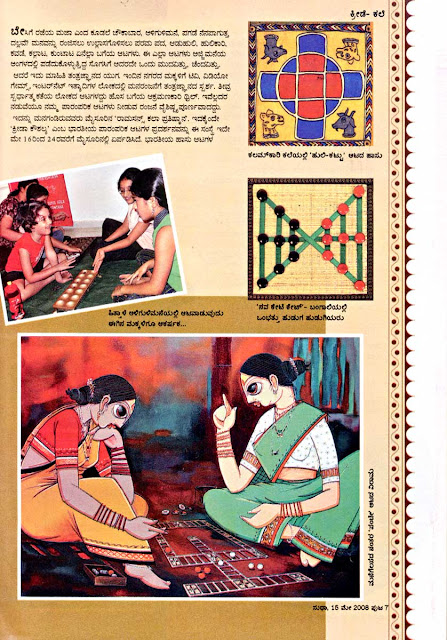 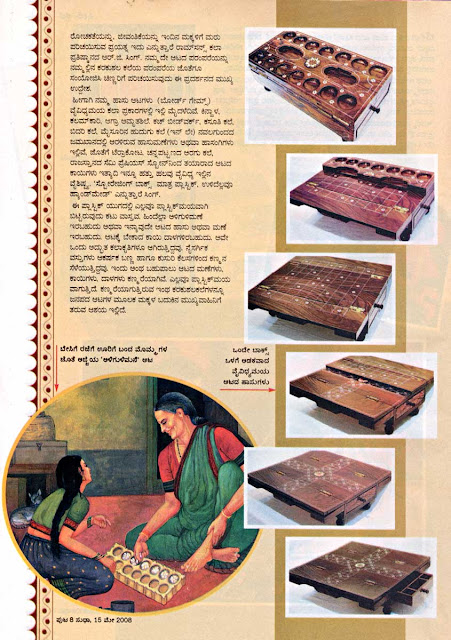 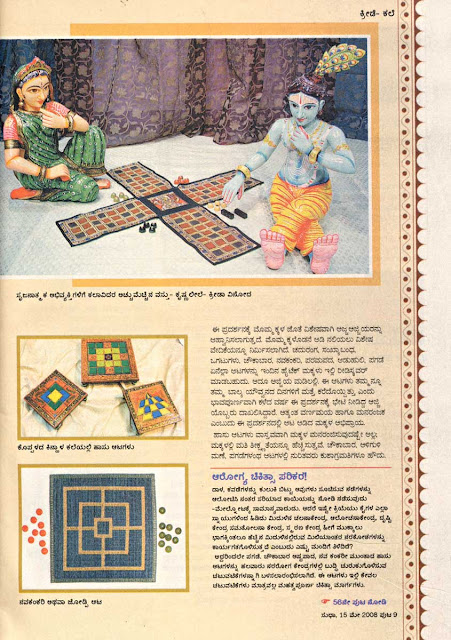 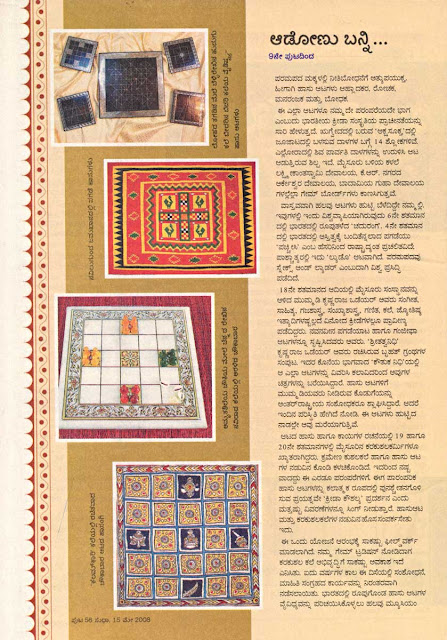 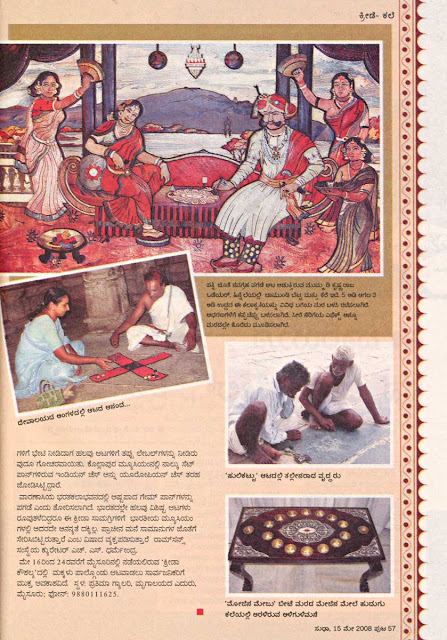 This is an article about the exhibition of 'Kreedaa Kaushalya' appeared in the well known Kannada weekly magazine 'Sudha' in its 15 May 2008 issue. It was authored by C.G. Manjula.
Posted by H.S. Dharmendra at 6:05 PM 2 comments: 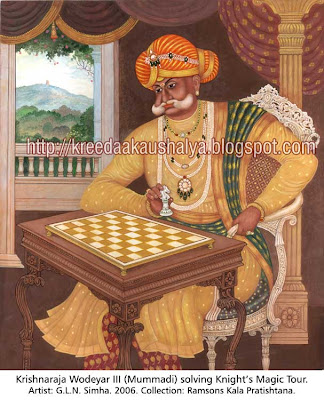