Mysore based cultural organisation 'Chintana Balaga' had organised an one day competition in Chaukabara, Pagade and Aligulimane for the citizens of Mysore on last Sunday, 7 June 2009 at Sri Vidya Shankara Kalyana Mantapa in front of Gun House, Mysore. 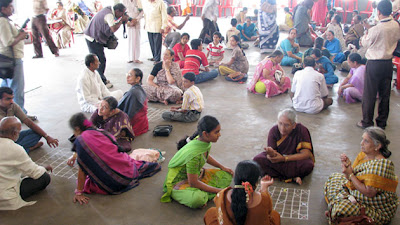 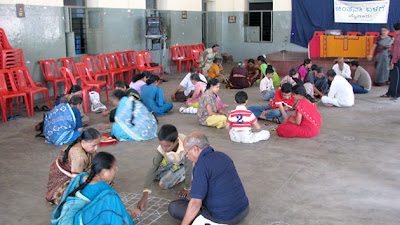 It was the quintessential Mysore brahmin crowd at the venue. Kids, though small in number, were equally well versed in the games and gave a tough competition to elders. 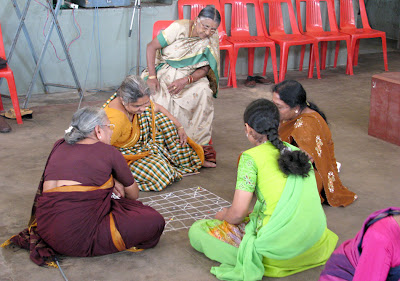 Each game of 7 house chaukabara was played by four players with each player racing his/her 6 coins against opponents' coins with the aid of 6 cowrie shells. 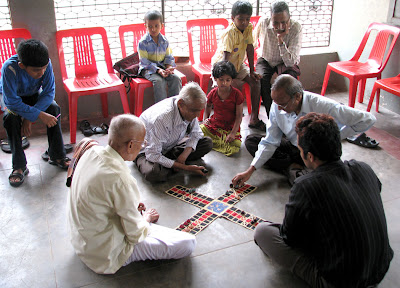 Games proved engrossing not only for the participants but also for the onlookers. 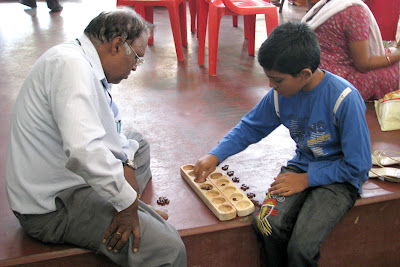 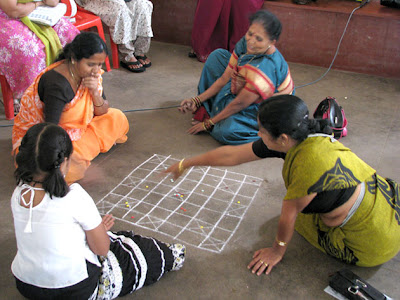 This is the final game of chaukabara in which the participant in orange, green, blue and white dress won the top four prizes respectively. 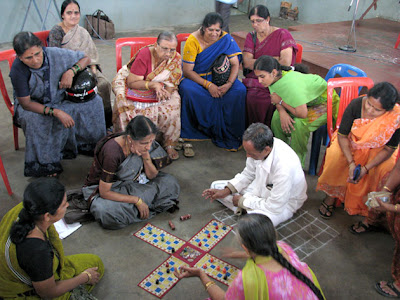 The above is the final game of pagade. The participant in green saree was the winner while the gentleman in white and the lady in pink dress were the first and second runners-up respectively.
Posted by H.S. Dharmendra at 1:02 PM

So happy to see younsters showing interest in traditional games too.

i came across your blog when i was researching on some pictures for a post on using board games as a decoration as well as utility...your blog seemed ver informative. i will give the links of your posts on my blog. please take a look. lovely blog....absolutely unique and interesting....loved it... please take a look at mine...
www.cherishingspaces.blogspot.com

@ Yosee: Yes, indeed it is heart warming to know that the tradition is safe in young hands.

@ Vasudha: Thanks for dropping by and also for becoming a follower of this blog. We're glad that you liked it. we will go through your blog.

Sir i want to use your image for my article. I hope u dont mind