A Raja's Fascination with Games

The decisive fourth Anglo-Mysore war of 1799 marked the death of Tipu Sultan and the fall of Srirangapatna (Seringapatam as it was mis-spelt earlier), the island capital of Mysore kingdom. This paved the way for the greedy colonial power to establish a strangle hold over the vast sub-continent and then began the plunder which relentlessly went on for next 148 years subjugating one kingdom after the other. 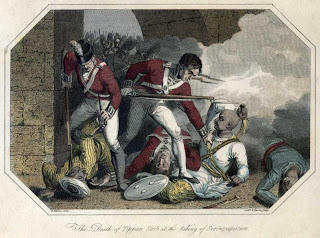 The victorious army of East India Company and its allies savagely sacked the military stronghold and destroyed the remaining fortifications of Srirangapatna. After the death of Tipu Sultan, vehement pursuasion and pleading by the dowager queen Lakshmammanni resulted in East India Company restoring the kingdom of Mysore (which had been usurped by Hyder Ali and Tipu Sultan) to the ancient Wodeyar dynasty. 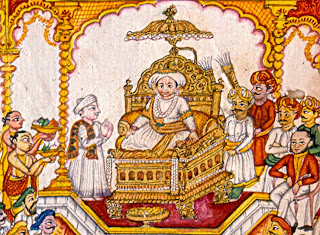 The choice of the king was the toddler, Krishnaraja Wodeyar III, and the capital was shifted to Mysore. This change heralded a renaissance in the fields of painting, sculpture, temple crafts, music, dance, literature and institution building which was continued by next four rulers finally ending in 1947 with the merger of the princely states, including Mysore, with the union of India. 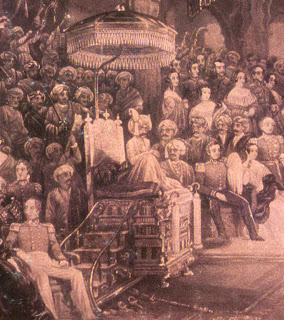 The period between 1831 and 1881, referred to as rendition, was when the British took over (from Krishnaraja Wodeyar III) the reigns of administration of Mysore kingdom by appointing a commissioner and the Raja was reduced to a figure head with ceremonial powers.
It was during this period that the young Raja took deep interest in the art of play among other things now that he was free from the administrative responsibilities. 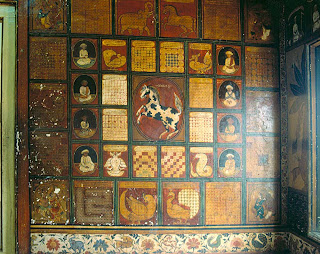 His fascination with the board games was intense. The painted murals and specimens of board games, pawns and dice on display at the Jaganmohan Palace at Mysore are a testimony of his deep interest. The talented artists in the royal atelier have painted an entire manuscript - Sri Tattvanidhi - running into several hundred pages dealing with varied subjects. 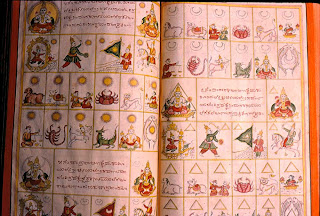 The last section titled 'Kautuka Nidhi' deals exclusively with board and card games. 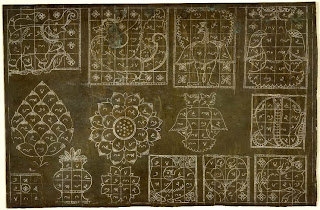 Thak you for nice blog! May I ask you about Jaganmohan Palace at Mysore. Is it in exposition games of Snakes an Ladders type like Gyan Bazi or Moksh Pata Sopana?

[Sergey Moskalev] Dear Mr. Moskalev, Jaganmohan palace is now a museum which houses many artefacts. These include murals of game boards which the king Krishnaraja Wodeyar III invented. He also invented games on the lines of 'Snakes and Ladders' which are called 'Devi Sayujya Mukti Ata' and 'Shiva Sayujya Mukti Ata'. But these game boards are not in this gallery. A beautiful specimen of these games are in the collection of British Library. Hope this information was useful. Thank you.

Dear Mr.Raghu, thank you for your kind reply! I write article about Oriental Spiritual games but I heard that king Krishnaraja Wodeyar III invented some karmic race games like "Sivasayujya" and "Devisayujya" but it is not a Parama Pada type of games. He invented beautiful own games. Do you have any information about Parama Pada type of games in Karnataka? Or any sources?