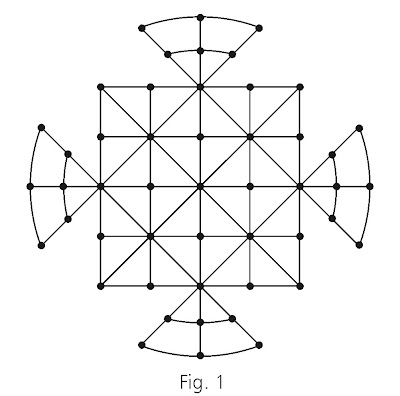 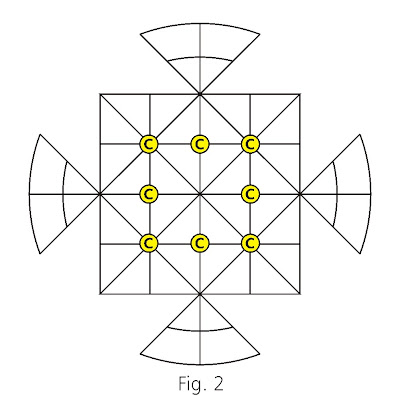 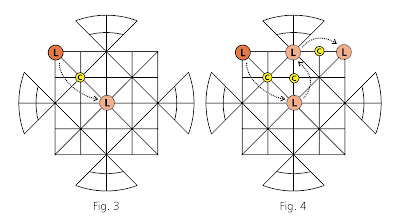 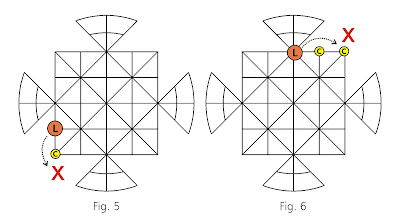 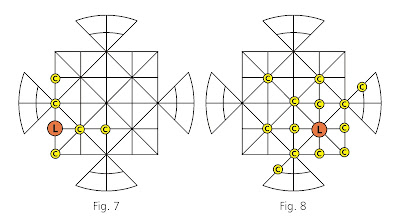 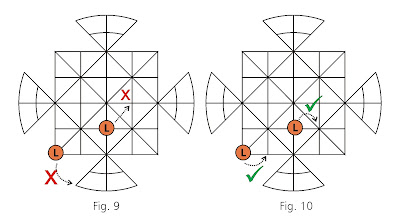 Benefits: This helps develop strategy and concept of team work by teaching that even though weak, if united, one can vanquish the stronger enemy, working as a team.
Posted by H.S. Dharmendra at 3:16 PM

I was given today a hand made game with a few directions on how to play but no comprehensive rules. Since the game mentioned cows and leopards, I googled it and found this page. My game, however, is a very different variant on 'Cows and leopards'. It has a rectangular board of 6x5 dots (actually holes, since the pieces are marbles), with no lines drawn in between them. The two leopards start at two diametrally opposed dots (A1 and F5) and the cows fill all the rest of the board except the two dots closest to each leopard (A2, B1, E5 and F4). There are no instructions as to how the pieces move, only the purpose of the game is explained, and it is almost the same as in C&L: the cows have to immobilise the leopards but these need to capture all the cows. Do you know this variant? Since it was bought at a medieval fair, I would guess the makers of this game didn't pay much attention to either detail or playability.

Anyway, I was very pleased to find this page: it explains thouroughly and in detail the rules of the 'original' game, with a few examples to make the rules clear. There was only a small detail I noticed where the rules are a bit inaccurate. At one place you wrote 'Leopards win if they take out a minimum of 12 cows', but further down it is written 'Game ends when either leopard takes out more than 12 cows'. Shouldn't it read 'take out 12 cows or more'?

Once again, congratulations for your work. Best regards,
Tiago Marques